As a young ballplayer in the Boston Red Sox organization and early 1980s, I was invited to work with the game’s greatest hitter of all time. His name was Ted Williams the last player in MLB to hit over .400. I had worked with several hitting instructors prior to being drafted, but none made the impact on me like Teddy Ballgame did.

Ted was a crusty, salt-of-the-baseball Earth, impatient, and intense character. When he spoke, he often used profanity as adverbs, pronouns, and adjectives to get his point across. When he described the positional hitting techniques that MLB hitters execute when they swing the bat, it was like taking a trigonometry, geometry, calculus, and physics lesson all rolled into one. He often spoke of what we call in modern professional instruction, launch angles, attack angles, vertical angles, and angles necessary to hit the ball to all fields. The very first thing Ted pointed out was this; a pitcher is on the mound 10 inches above the hitter. When he releases the ball, his release point is between 6 feet and 6 ½ feet off the ground, and he is throwing to a target 18 inches off the ground. This creates a ball path with an average downward angle of approximately 10°. To meet the ball squarely in the middle, the hitter must have a slight uppercut. Modern pitchers today are very adept at creating horizontal movement and vertical depth in their pitches to both sides of the plate which makes it even more critical to have a bat path that matches the ball path. Hitters do not swing down on the ball. This is a hitting truth that Ted Williams felt was self-evident. What was amazing to me when I look back is that he articulated this without the modern technology that we have today which can measure these angles. Within 15 minutes, I was hooked. I always read his book, The Science of Hitting, but now, it was talking to me!

His thought process was simple. There’s only one way to hit: That is as a major-league hitter does. You must think what they think, do what they do, and practice what they practice. While they may have different styles, where they hold the bat, the position of their hands, open stance, closed stance or many other nuances they use to trigger the mechanics of the swing, all of them get to the same positions throughout the swing when they get ready to swing the bat. The process is centered around the desired result: Hit it hard and hit it in the air. Balls hit in the air produce 125% more offense than balls hit on the ground. This is been proven and documented by those companies whose mission it is to document every single ball put in play in the MLB. This is the very core of my teaching.

Prior to 1975, there were no hitting instructors in major league baseball. Pioneers like Rick Down and Charlie Lau were some of the first guys hired by the Major League clubs to work with their hitters. Ted grew up in the game, like many other greats during his time and before him, teaching themselves how to hit. They immersed themselves in the game studying every move a hitter made, learning the thought process, and trying to figure out how pitchers were trying to get them to induce weak ground balls.

What separates me from other instructors are three things:

#1 My ability to figure out how a hitter learns (critical to the process)
#2 my ability to communicate and articulate the positional hitting techniques that MLB hitters obsess over.
#3 my insatiable desire, through critical thinking, to learn something new every single day.

When my playing career was over, and my sons took a liking to this awesome game, I owed it to them and all the others that I teach, to make sure the words I use have meaning and that I am accountable for making sure they are learning to hit like a Major Leaguer hits. My motivation was simple: I did not realize my dream, as a ninth-round draft pick in 1980, of playing major league baseball, so I spent the rest of my life trying to figure out why I was not the best player on the baseball field. I figured it out! 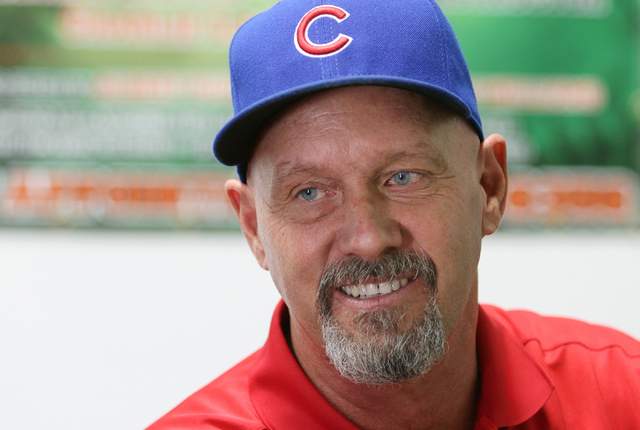